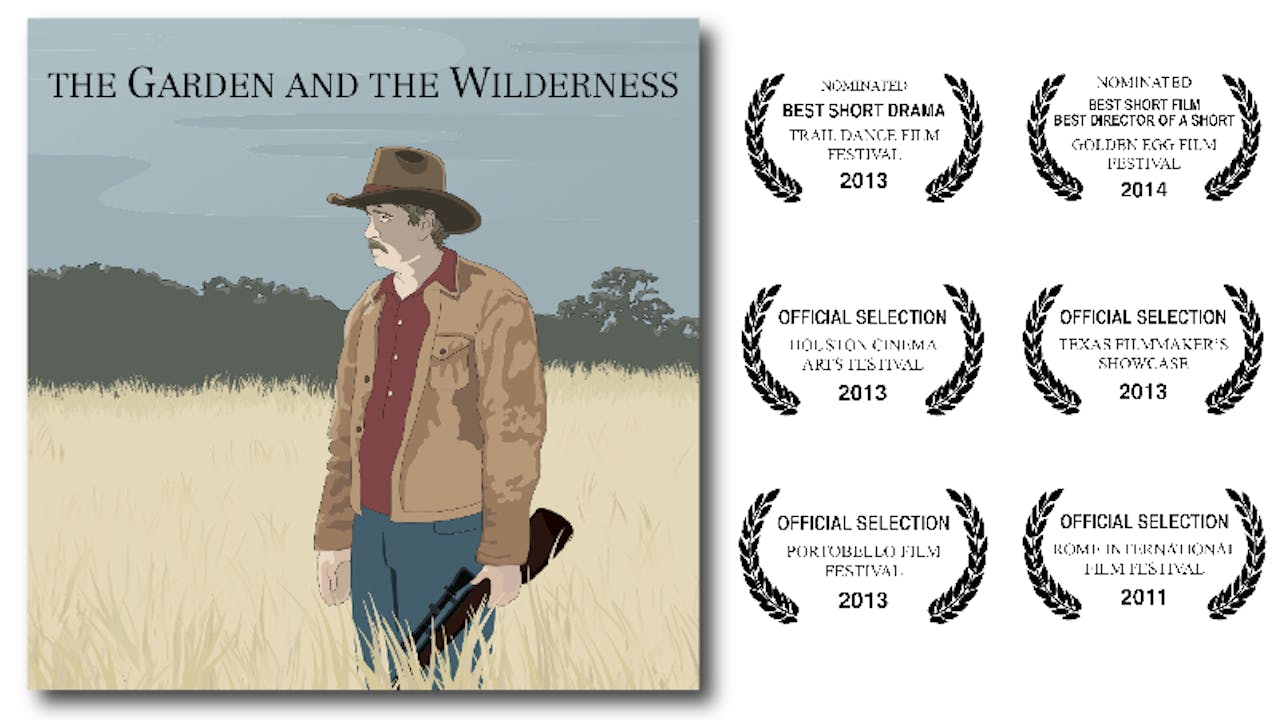 The Garden and the Wilderness

After 30 years spent caring for a Texas hunting estate, ranch hand Will James must confront the prospect of moving on from his life’s work when he learns that the property will be sold following the owner’s death. A final visit from the late owner’s son offers him a chance to reflect on his past, and to choose what to make of himself in the uncertain future that awaits his family.

The Garden and the Wilderness premiered in 2011 at the Rome International Film Festival. In 2013, the film was selected by the Houston Film Commission for its annual Texas Filmmaker's Showcase of the year's best films. During its international festival run, The Garden and the Wilderness has screened at over 15 festivals worldwide, including screenings in Los Angeles, New York, London, Houston, Dallas, Austin, and Cancun.The film was nominated in 2013 for Best Short Drama at the Trail Dance Film Festival and was awarded the prize for Best Editing at the Beverly Film Festival in 2012. In 2014, the film received four nominations from the Golden Egg Film Festival, including Best Short Film, Best Director of a Short, and Best Original Screenplay, taking home the prize for Best Soundtrack.